This hike is considered one of the most beautiful hikes in the areas around the West Bank. Many archeological ruins, historical remains and shrines are located in Kafr Malek. The most important of these ruins is Kherbet (ruin) Ain Samya which goes back to the Bronze Age.
Ain Samia, which is located on the eastern plains of Kafr Malek, is a very terrific water spring that is considered the strongest and purest in the governorate. It is rich with water springs and water systems that are built along the aqueducts of the ancient ruins of the area.

Ain Samia extends along four kilometers from the remains of a Roman city known as “Aram”. It is described by the researchers in the history of civilizations as an extended underground city that has many advantages and effects which trace back to the old and middle Bronze, Canaanite, Phoenician, Roman and Islamic eras.

Ain Samia area traces back to more than 7,000 years ago, and is considered one of the oldest historical ruins in the world, in parallel with old “Jericho” which is located near Ain Samia.

Moreover, Ain Samia contains many historical symbols that refer to the cultural diversity of the place. One of these historical sites is Tal Al-Mirzebana (Satrapy Hill) in the North of Ain Samia, which is considered one of the most prominent archaeological sites in there. It is a small high site that extends from north to south. Another religious and historical sites are the remnants of an ancient Roman church festooned with beautiful bows, and beautiful mosaics that reflect the greatness of humans in those eras, for these mosaics were used as a way for self-expression and of showing the civilization. 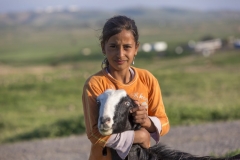 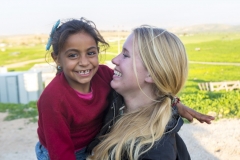 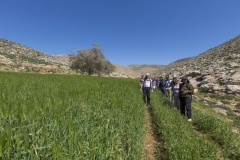 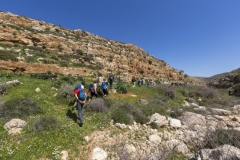 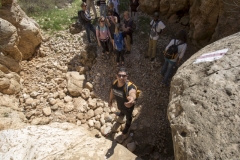 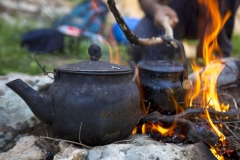