This hike starts from the city of Bani N’aim which is a Palestinian Canaanite village that is located 7 kilometers to the east of Hebron and is connected with the city by a number of paved roads. It is bordered by Ar-Rawa’in areas to the east, Sa’ir and Ash Shuyukh towns to the north, Hebron City to the west, and Yatta town to the south.

The village had many names throughout the different reigns and eras it witnessed, before it finally came to be named Bani Naim after a Bedouin tribe called Al-Noaimat came and settled in it.

Many antiquities and monuments of the village still exist such as the remains of a high square-shaped wall having towers on its angles. This wall is thought to be a remnant of the roman fort. There are various mosques in Bani Na’im, yet the most prominent and historical is the mosque of Prophet Loot which is the most important place to visit in Bani N’aim. The shrine or tomb of Loot is a wonderful old architecture especially as that it is located in an inspirational and natural environment. It is located 8 kilometers to the northeast of the city of Hebron on the main road in Bani Naim, in a semi-spring area called Al-Masafer.
There is also a shrine in Bani Na’im which is called The Yaqin shrine. This shrine is located about two miles south of the village of Bani Naim, rising 900 meters above sea level. It is a rectangular building with a length of ten meters and width of seven meters, and in the middle there is a hardwood stone that has footprints imprinted upon it. Also, just near the mosque, there is a cave that is located inside a solid rock, which you descend it by stairs. Inside this gave, it is all dark, and on the sides, there is an ark which is said to be built on the tomb of Fatima the daughter of Hussein bin Ali bin Abi Talib.
There is also an important historical and astrological site in Bani Nai’em, which is called Al-Qasser. This archaeological site dates back to the Roman times in the first and second century AD, and was expanded in the Byzantine era. The Roman building is a pyramid shaped building that consists of two floors; the second floor was completely demolished, and the first one was partially destroyed. This site has rooms and facilities including olive presses, and there are remnants of a laboratory and remnants of a church with floor made from mosaic that has very beautiful drawings, and in the entrance of the church there are Latin letters that end with the word AMIN (Amen), yet unfortunately it had been tampered with and destroyed.
The terrain is rocky and uneven before reaching Hebron. You will have a short tour around the Ibrahimi Mosque and the Old City, where you can purchase fresh and dried fruit, locally made pottery and glass products. You will lastly enjoy a traditional lunch in one of Hebron’s homestays. 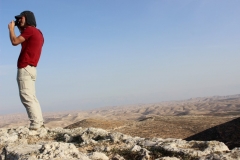 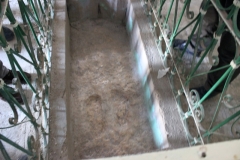 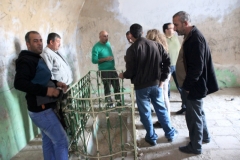 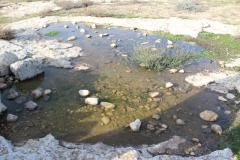 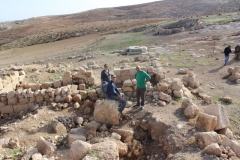 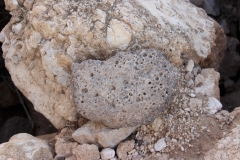 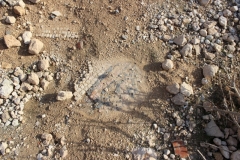 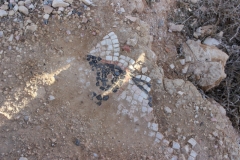 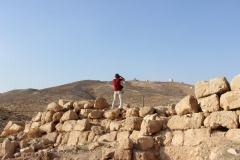 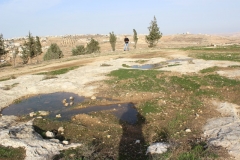 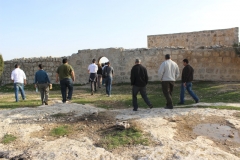 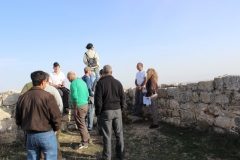 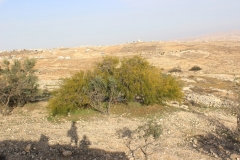 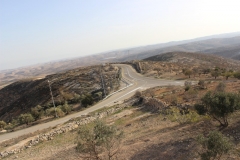