You start this hike from with a city walk from the Manger Square in Bethlehem towards Artas to visit the monastery and the spring. Then leisurely continue walking on mainly flat terrain with only one ascent to enjoy stunning views from Khirbet Tequa. The walk will then continue through the fertile valley until we reach Tequa’.
Artas is a Palestinian village located four kilometers southwest of Bethlehem in the Bethlehem Governorate. Archeological sites and historical remains dating from the Iron Age to Ottoman times are located in the village of Artas. The origin of the word Artas is Latin (Greek) “Artasium” which means garden or paradise, and it was known at the time of crusaders by the name “Hortus Conclusus,” which means the closed paradise, and it kept its name since then. Artas is one of the most important agricultural villages in the West Bank, as it is considered the food basket of Bethlehem governorate.

Artas is an old Canaanite village which is characterized by the diversity of landscapes and flora and fauna due to its location at a meeting place of ecosystem, and the pools of water it has, known as Solomon’s Pools, show how old the village is. Artas was known by the abundance of its water sources which are considered to be one of the oldest and largest water systems in Palestine which was supplying water to the city of Jerusalem during the Roman era. In terms of history, it is said that Artas village is the next oldest city after Jericho.

One of the Artas Heritage, there is the Artas Folklore Center (AFC) which was established in 1993. The village has a small folklore museum, a dabka and a drama troupe. The Artas Lettuce Festival has been an annual event since 1994. Artas is a popular destination for visitors to Bethlehem who want to experience traditional Palestinian life and groups interested in ecotourism.

The hike from Artas to Tequa’ ends in Tequa’ to the south of Bethlehem, where the hikers can rest and have their lunch at the Tequa’ Women Center. 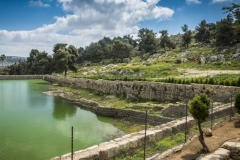 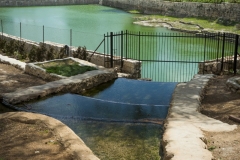 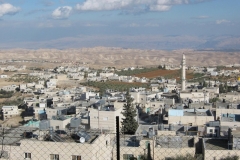 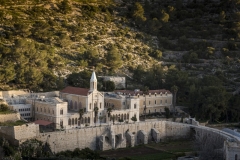 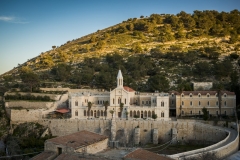