This walk begins from Sebastia which is 12 kms northwest of Nablus. Sebastya is home to a number of important archaeological sites. The ancient site of Samaria-Sebaste is located just above the built up area of the modern day village on the eastern slope of the hill. The ruins dominate the hillside and comprise remains from six successive cultures dating back 10,000 years: Canaanite, Israelite, Hellenistic, Herodian, Roman and Byzantine.

The city was destroyed by Alexander the Great in 331 BCE, and was destroyed again by John Hyrcania in 108 BCE. Fompeyre built the town in the year 63 BCE. In 27 BCE, Augustus Caesar gave it to Herod the Great. Herod expanded and renovated the city, and named it “Sebaste”, meaning “Augustus”, in the Emperor’s honor. Herod the Great had his sons Alexander and Aristobulus brought to Sebaste, and strangled in 7 BCE after a trial in Berytus and getting permission from Caesar.

In the village of Sebastia, one can see the remains of the fine church or sanctuary of St. John the Baptist, built by Crusaders in 1165. The church was built on the ruins of a Byzantine basilica, in the crypt of which were the relics of the precursor and the relics of the prophets, Eliseus and Abdias. The only remains of the 12th century building are the apse, a few large pieces of the wall, together with a considerable portion of the western façade and a few clusters of pillars. The presbytery and the apse were transformed into a mosque called Nabi Yahiya.

Reaching to Nablus, which is located 49 kilometers north of Jerusalem, you will have the chance to try the famous Nabulsi Kenafeh, as well as its olive oil soap. Nabulsi, meaning “from Nablus”, is used to describe items such as handicrafts (e.g. Nabulsi soap) and food products (e.g. Nabulsi cheese) that are made in Nablus or in the traditional Nablus style.

Nablus lies in a strategic position at a junction between two ancient commercial roads; one linking the Sharon coastal plain to the Jordan valley, the other linking Nablus to the Galilee in the north, and the biblical Judea to the south through the mountains. The city stands at an elevation of around 550 meters above sea level, in a narrow valley running roughly east-west between two mountains: Mount Ebal, the northern mountain, and Mount Gerizim, the southern mountain. 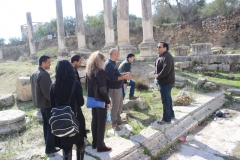 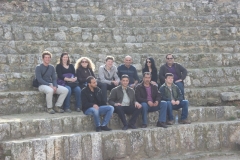 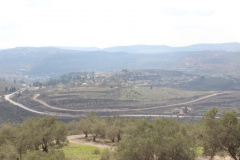 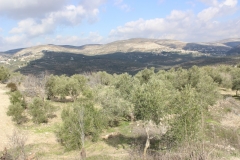 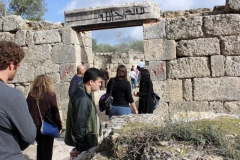 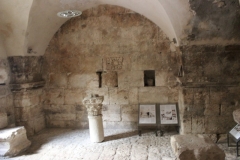 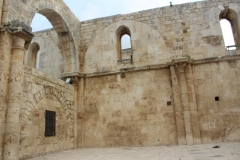 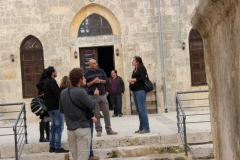 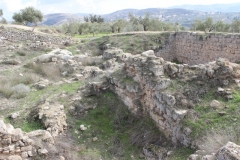